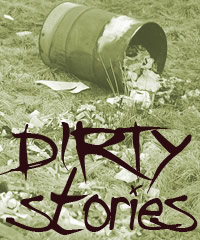 What do you do with Jesus’ teaching about putting into practice the things he said, especially about serving others? Here are three stories that tell about students who decided to grab a sponge and go for the grunge.

Turning Up at Turner’s Toilets

One of the most well-known stories in the Bible is when Jesus washed the feet of the disciples at the Last Supper, the night before his death (John 13). When he finishes this radical and scandalous act, Jesus tells his friends, “I have set you an example that you should do, as I have done for you…. Now that you know these things, you will be blessed if you do them.”

How do we follow this example of Jesus? As Americans, we don’t have much of a context for foot washing. It’s easy to read these words of Jesus but difficult to put them into practice in our culture. The InterVarsity students at the University of Northern Colorado wrestled with finding a modern-day equivalent.

They thought that a practical way to serve other students would be to clean their bathrooms, so they set out two-by-two, asking residents in Turner Hall if they could scrub their toilets. There were a lot of surprised looks, but many accepted the offer. Everyone asked why they’d do such a crazy thing, and the students responded by telling them that Jesus was the greatest servant of all and they were trying to live like him. One Turner resident said, “This is the best thing that has happened to me all semester!”

Afterward one student said that her group spent over half an hour cleaning a toilet that was covered with caked-on vomit and other nasty excrement. It was then that the beauty of what Jesus did became real to these faith-seeking students. He gladly came to earth to make spotless the disgusting, germ-infested toilets of our souls. Jesus was right; the student-cleaners were blessed by following his example, and by acting on what he said.

Last year one of the student-led Bible studies at Coe College (Iowa) decided to put their faith into action. They had been studying Jesus’ parable of the ten servants who were each given money to invest while their employer was away (Luke 19). The students were struck by how the first servant’s investment must have been really risky in order to multiply tenfold. So they decided to do something a little risky themselves.

It was a typical Saturday in Greene Hall, the guy’s dorm where the fraternities are housed. There were empty pizza boxes scattered down the hall, trash cans overturned and beer bottles spilling out onto the floor.

The InterVarsity students got together and began to clean. They swept and mopped the hallways. They picked up litter and vacuumed dorm rooms. They washed dishes and took out the trash. They went around and collected laundry from people and did over 20 loads. Afterwards, they bought pizza for some of the guys.

The residents of Greene were blown away by the extravagant effort to serve them. The InterVarsity students made sure to say that they had been studying the Bible together and they were just trying to do what Jesus himself would do. They didn’t want the focus to be on themselves, but on how amazing Jesus is. And they hope that such serving will continue to characterize their campus fellowship.

How can we serve our campus in the name of Jesus? The answer was a step of faith for InterVarsity students last spring at the University of Nevada-Reno. They planned a service night where they would clean dorm rooms on campus.

One group of InterVarsity students showed up at White Pine dorm, offering to vacuum, take out trash and clean bathrooms. In this dorm, students live in suites of eight people with a common living area and two bathrooms. This is a smaller dorm than the others on campus but has more bathrooms. It was extra challenging.

As the group pitched in, it was interesting to hear the interactions and explanations of why they were cleaning for the residents. There were some great conversations and people were very open to talking about Jesus and his service to people. Some of the girls who were in the same Bible study were excited to meet the people who lived directly upstairs from them. Another student went back to her dorm eager to meet some her neighbors that she didn’t yet know. They all learned more about loving and serving their neighbors, just like Jesus said to do.

You can read more trashy stories in back issues of Student Leadership Journal: