Happy birthday to _you!_ 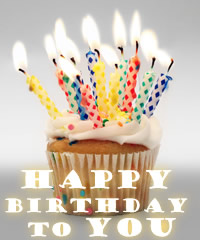 The table in the student center of Oakland University was covered with decorations and party favors. As students wandered by, some stopped to ask, “Whose birthday is it?” The students behind the table responded in unison: “Yours!”

The table was put up to advertise an all-campus event sponsored by two Christian groups — InterVarsity (mostly white students), and One Body (mostly black students). They came together to host a birthday party for anyone who wanted to come. The leaders of each group recognized that a joint event would reflect the diversity of the body of Christ to the campus and would benefit each group as they planned together and got to know each other better. And what’s more fun than a birthday party?

There was a good turnout on the evening of the party. Each of the twelve tables was decorated by volunteers who creatively represented one month of the year. It was quite a display of imaginative artistry. The student hosts served a variety of party foods, such as chips and chicken fingers, and had cake and ice cream. The cake said “Happy Birthday” on it and was decorated with small calendars representing the twelve months of the year.

The program for the evening was low-key. After some introductions, students played different games around their tables. There were paints and crayons, board games, and a piñata. There was a DJ and dancing, and some students taught a few variations of “the Hustle.” Everyone seemed to have a lot of fun. At the end of the evening, several students talked about how they hoped this would be an annual event.