A mind for God 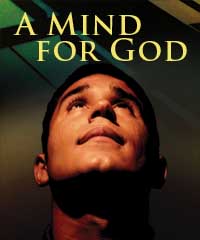 There’s an old joke about a man who, coming upon a tombstone, noticed the following epitaph: “Here lies a Christian intellectual.” Reflecting for a moment, he then muttered to himself, “Folks must be awfully poor around here, having to bury two people in one grave.” The challenge before us is to prove that man wrong, and to unite the two categories for all to see.

As InterVarsity president Alec Hill once put it, we “sincerely believe that Jesus was the greatest thinker who ever lived … we are to prize the mind, not shrivel into a false piety.” Our calling as Christians, Hill reminds us, is to “bring every inch of creation — including the mind — to the feet of Jesus.”

In every major discussion within the university — from curriculum to career plans and from programming to politics — the academy demands one thing from us across the board: intellectual toughness. Granted, no two fields, and often no two people, define this toughness quite the same way, no matter what the GRE claims. Your average mechanical engineering prof probably will get a tad concerned if your grant proposal is in rhymed couplets, and your average English prof may break out in hives if your paper mentions, well, just about any math at all.

But even beyond our individual academic skills and our various professional standards, by and large academia insists that a given idea’s philosophical underpinnings — its worldview — matters as much as its actual content. During one recent class meeting, a professor of mine complained loudly about an assigned book’s conservative viewpoint, and told us flat-out that after we were done reading as much of the book as we could stomach, we should burn it.

Whether inside the classroom or around the student lounge, this same impulse for interrogation targets our own beliefs, most vehemently those beliefs that assert Christ’s lordship in our lives. According to one recent survey, 53 percent of university professors distrust evangelical Christians — not because of inconvenient politics, but because we, as a group, don’t always play by the academy’s rules.

As Christian scholars, we may experience pressure from both the church and the academy to think differently, or at least to keep quiet about what we are thinking. Here we encounter one of those wonderful paradoxes that animate so much of our beloved ivory tower. Though most will grudgingly allow religion a supporting role in academic identity, evangelical Christianity is viewed not as a starting point for or even complement to intellectual inquiry, but rather an excuse to avoid it. Christianity, some claim, gives its adherents carte blanche to contradict proven scientific facts, demand a theocratic education system at all levels, and flatly refuse to apply reason to “matters of faith.” What’s more, the critics argue, the very idea of an unassailable authority, be it Scripture, church tradition, or simply God, stifles any worthwhile intellectual activity. Christianity, Nietzsche and his comrades-in-arms have argued for decades, deadens the mind in the name of a delusion.

Unfortunately, such critics make a valid point: to use Mark Noll’s phrase, “the scandal of the evangelical mind is that there isn’t much of an evangelical mind.” Though historically Christian faith has been the impetus behind many far-reaching and astounding feats of intellect, at times we as Christians have needlessly limited our worship and neglected the discipleship of the mind. Billy Sunday once boasted, for instance, “I don’t know any more about theology than a jack-rabbit knows about ping pong.” He also said that “when the word of God says one thing and scholarship another, scholarship can go to hell.” Many of us could probably offer further anecdotal evidence of this tendency: the superficial college Bible studies, the feel-good sermons, and perhaps a well-meaning elder or two who honestly can’t understand why you want to go back to school instead of getting “a real job.”

Many excellent books explore this issue in greater depth: James Sire’s Discipleship of the Mind and Habits of the Mind , Mark Noll’s The Scandal of the Evangelical Mind , and James Emery White’s A Mind for God come to mind.

Instead, I want to focus here on what seems to me the big question about Christian intellectualism: since our salvation comes from the Lord, and not from what or how well we think, why bother with the life of the mind at all? Not all of us are called to traditional “intellectual” vocations, after all. I want to suggest two reasons, then, why this study, which I consider a spiritual discipline, is important.

First and foremost, we ought to value the life of the mind because that life reflects, however imperfectly, God’s perfect and perfectly true mind. As White points out, “[w]e were made in God’s image, and one of the most precious and noble dynamics within that image is the ability to think” (p. 15). Many of you are likely familiar with the major Scripture passages concerning “thinking Christianly.” But rather than just relying on proof-texts, I’d like us to consider scripture from another angle, that of intellectual example. When Paul tells us to be “transformed by the renewing of [our] mind[s]” (Romans 12:2), he both makes a doctrinal point and demonstrates a spiritual discipline. Paul is perhaps an extreme example of intellectual engagement in Scripture, since we are told he is already highly educated at the time of his conversion, but he is by far not the only example.

Secondly, intellectual sharpness is crucial to our interactions with the world: Christians both stand to gain the most from it, and are in danger of losing the most without it. As I remarked earlier, those battle-hardened academics with whom we as students most often interact place a rather high premium on intellectual integrity. The same standards apply to Christianity, even if we rarely crack a Bible in the classroom. By retreating from conscious and concerted intellectual exercise, as many Christians have done in the name of “practical theology,” we may lose these vital debates — whether our opponents are secularists or terrorist apologists — before they start. In a world ostensibly driven by rationalism and proof, ignoring reason is the fastest way to make ourselves irrelevant.

But we need not and should not think of intellectualism only as a cordial to stave off cultural irrelevance, for I am convinced that the life of the mind offers tangible benefits to the believer as well. White calls the current intellectual climate “a moment of both peril and promise” (p. 11). Training ourselves to think better and thereby take hold of this promise means not only that we gain a greater understanding of the world around us but also, ultimately, of God. Like nothing else, Christianity offers us a backdrop against which we can organize and understand our little corners of the academic world — but only if we are willing to put the work into understanding it. I don’t pretend it’s an easy process, or one that we can pursue without running smack into our own fallen and thus limited minds, but it may well be the single most rewarding discipline a Christian student — and indeed, any Christian thinker — can undertake.