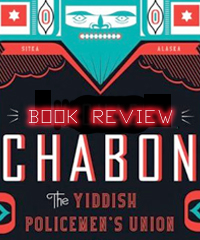 In The Yiddish Policemen’s Union, Michael Chabon weaves together individual lives with the broader realities of their ethnicity, nation and family. This well-told tale can be enjoyed for both its plot and its more “literary” elements. Though set in a fictional, exotic world, the novel deals with the realities of broken people in broken relationships, and hints briefly at the possibility of redemption.

As one of America’s top young novelists, Chabon has achieved both critical and commercial success. His first two novels, Mysteries of Pittsburgh and Wonderboys (made into a 2000 movie starring Michael Douglas and Tobey Maguire), established him as one of the rising stars of the literary establishment. In 2001, Chabon won the Pulitzer Prize for Fiction with The Amazing Adventures of Kavalier & Clay, the story of two Jewish comic book creators during the Golden Age of comics. He followed up Kavalier & Clay with Summerland, a 600-page young adult novel about baseball as played by elves and giants, and The Final Solution, a short mystery novel featuring an ancient Sherlock Holmes during World War II. The Yiddish Policemen’s Union marks Chabon’s highly-anticipated return to “serious” fiction.

The Yiddish Policemen’s Union is set in present-day America, but an America which never existed. In the novel’s alternate history, Israel was a failed experiment in 1948 and never became a nation. Instead, the United States granted Jews a temporary homeland in Sitka, Alaska. In the world of the novel, Sitka is now a 2.5 million person metropolis where Yiddish is the dominant language, sects of ultra-Orthodox Jews share control of the city, and ethnic tensions between Jewish settlers and Tlingit Indians periodically erupt into violence. In just a few months, Sitka faces “Reversion,” when control of the land reverts to Alaska, and millions of Jews have to find new homes somewhere else in the world.

Our guide to this world is Meyer Landsman, an alcoholic, burnt-out police detective living in a fleabag residential hotel. Landsman awakens one morning to find that, just a few floors down, a young heroin addict and former Orthodox Jew calling himself “Emmanuel Lasker” (the name of a famous chess champion) has been shot to death, execution-style, in front of a chess board. Landsman brings the case to his police partner and cousin, a half-Jewish, half-Tlingit, all-Orthodox family man named Berko “Johnny Bear” Shemets. Before they can even get started, though, Landsman’s policewoman ex-wife, Bina, becomes their superior officer and orders them to ignore the Lasker murder and start closing their mile-high stack of open cases by any means necessary. Landsman, of course, ignores her orders and soon finds himself knee-deep in a tangled web of Orthodox gangsters, chess grandmasters, U.S. government agents, and, in an unflattering cameo, even evangelical Christians.

This quick summary may sound like pulp fiction or a Yiddish version of Lethal Weapon. Chabon, however, uses the conventions and outrageous plots of dime-store paperbacks to examine deeper issues, like the nature of ethnic identity and the fallout from broken family relationships. Chabon’s fictional Sitka is a fully realized universe in which his characters struggle to understand their personal identities in the wider contexts of family, nation, and religion. Landsman and Shemets each attempt to come to terms with their broken pasts, and Chabon illustrates the ways in which family, religion and work can alternately help and hinder the search for meaning.

Without giving too much away, the novel ultimately suggests a truth beyond ourselves, which Landsman only begins to understand at the novel’s end. Hope, for Christians at least, is located in God’s coming redemption of our broken world and our broken lives, in the return of Messiah and the consummation of the New Heaven and Earth. Chabon’s novel does not go quite that far, but it does leave us with the hope that Landsman will find redemption within his broken past, in that handful of elements that will remain after his world, as he knows it, breaks apart forever. For those of us back in the real world, The Yiddish Policemen’s Union will challenge us to consider the hope that connects the past with our future.